Resources > Moving Tips > How to Tip Your Movers

How to Tip Your Movers 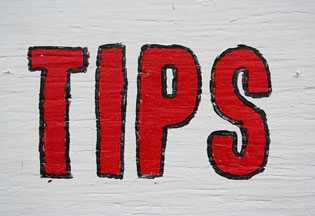 We tip at restaurants, where a server brings the food to and from our tables. And we tip at hair salons, where a stylist cuts hair that you can’t even reach some days. But how (and when!) do you tip the guys carrying all your furniture and boxes for you?

Should I Tip My Movers?

The best advice we can give you is that every moving company is different, and the way they’ll want you to handle tipping is different. If you are interested in tipping your movers, call the moving company’s main office and ask politely about their tipping policy. 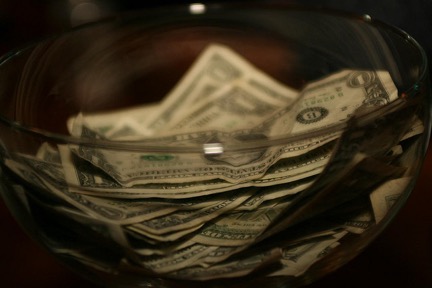 But most importantly — respect what they say. If for some reason or another, the company asks that you do not tip their movers, don’t think you’re doing movers a favor by slipping them a twenty. That puts them in an awkward position with their managers, and makes you seem like you’re trying too hard.

What do I tip movers?

If you’re not comfortable offering them money (or let’s be honest – you just paid a lot of money to move; maybe you can’t afford another expense), you can always offer them cold water or sports drinks on a hot day, ask if they have a meal planned and offer to buy lunch, or offer them gift cards/movie tickets/coupons you think they might enjoy. This is kind of iffy territory though – most companies prefer you offer them a cash tip, a cold beverage, or nothing.

When do I tip my movers?

Always tip your moving team after they’ve completed the job. We recommend you even walk through the house with them, making sure all the pieces are present and accounted for, and in good shape. If you have an antique grandfather clock or a fragile piece you were worried about in the move, double-check it to make sure they handled it with care. Then sign your final paperwork before tipping them. Think of a tip as the dinner mint or toothpick on your way out of a restaurant – it’s the very last thing you take away, after the meal is eaten and the bill is settled.

How much should I tip movers?

Every industry has a slightly different, unspoken standard. In restaurants, the tip should be 15-20%, but if you tip 20% of your moving costs, that’s a big chunk of money! We like moving company Gentle Giant’s recommendation: assume $4-6 per person on the moving team, per hour they are on the job. If they do a great job and you’re really happy, go with $6 or even $8/hour. If they do ok, stick with the $4/hour range. So if it takes a team of three people 8 hours to move your home and they do a satisfactory job, that’s $5/hour per person, or $40 each (and only $120 out of your pocket). 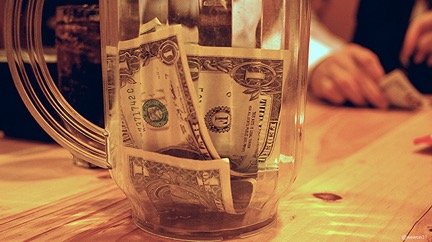 But how should I tip the movers? (I don’t want to just hand them cash.)

We get it - offering people money for services can be awkward! If your moving team has a foreman or one person who’s clearly in charge, it’s ok to hand him an envelope with everyone’s tips and ask him to split it evenly across his team. But most moving companies that encourage tipping recommend tipping each mover individually.

Here’s a way to make this easier on you: watch the movers as they carry boxes and furniture, and think of one thing you can thank each of them for. Then, when you’re offering them a tip, say, "Thank you for covering my table before you took it through that hallway!" or "I appreciate the way you handled my china boxes so carefully." Even a simple "Thank you for having such a great attitude today" is nice to hear. Think of it from their point of view – the words almost mean more than the money at that point.

Call ahead to your moving company and ask if you’ll have one crew or two – it’s a good practice that if you’re tipping at all, you should tip both crews. On cross-country moves, don’t feel like you have to tip a percentage of the entire move cost. The model we mentioned previously works just fine - $5/hour per mover, or round it out to about $40/day per mover. But remember ? if your move is difficult (lots of heavy or extremely fragile items) or the movers went above and beyond with taking care of your belongings, be sure to show them your thanks with a little extra cash.

Good news! Tips are tax deductible as part of a move. (Actually, your whole move may be tax deductible.) So you get a little bonus for being a nice person.

And if you had a moving experience worth tipping for, you can go a step further and leave a positive review for the moving company. Google reviews carry a lot of weight online when people are searching for moving companies, and Yelp reviews are a local’s go-to for insider information. Whatever platform you choose (even if it’s just a glowing Facebook post that tags the company or shares their website), the positive review does good for the company as a whole. (And we’re pretty sure there are crazy karma points in there somewhere, too.)